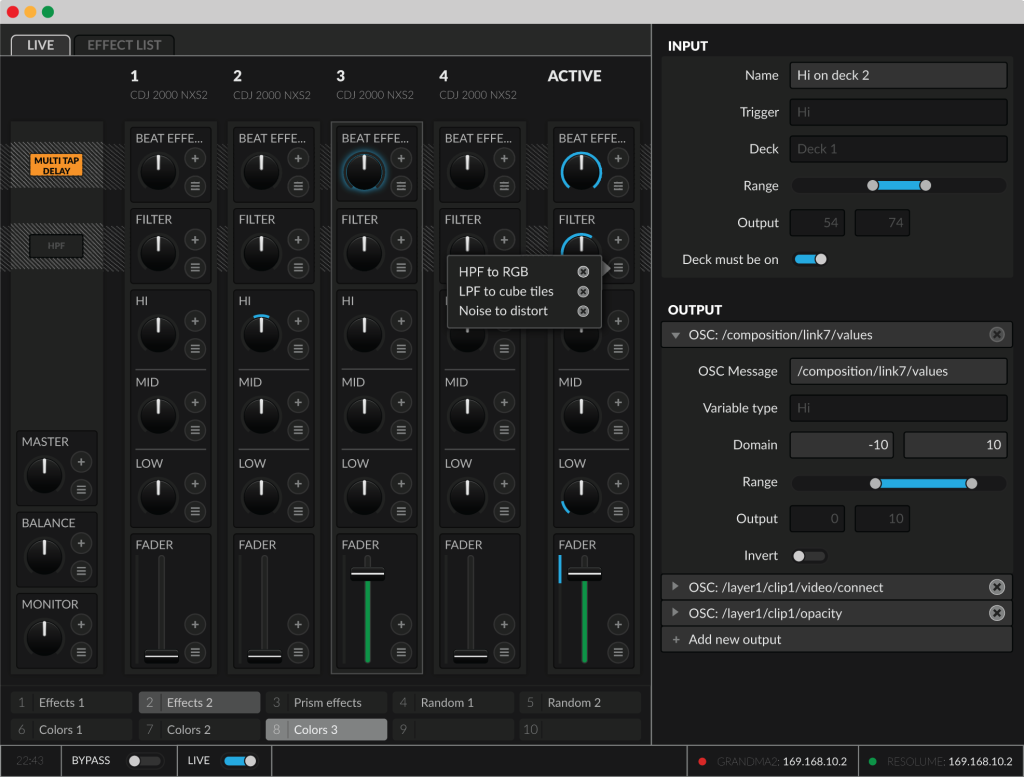 The assignment was an open design brief with the goal to create a novel interaction method between the DJ and the audience. The project is commissioned by and executed at Haute Technique, a Utrecht based company that designs interactive installations for retail, musea and the entertainment industry. Their designs are visitor-focused and custom-built for the client.

Designing the visual effects is a continuous process consisting of the phases described in the image below. The DJ is encouraged to participate in the design process as the visual effects should convey and strengthen the identity of the artist. The crew-members each use their own instance of the application to set up triggers and consequently link the actions of the DJ to effects in their operating systems. 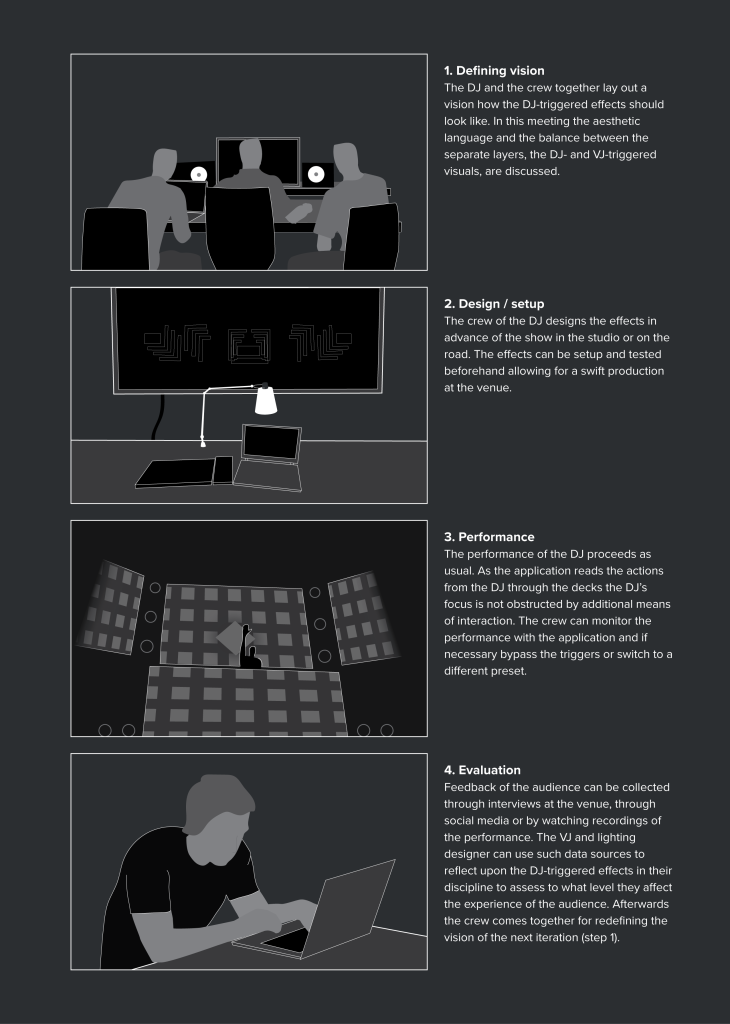 Interaction with the application during show is limited to prevent becoming an obtrusion for the VJ or lighting designer: they can only bypass the system or switch between presets. It features a live view that allows the crew to monitor the operations of the DJ. Shows can be recorded and played back, with video footage of the event, for evaluation purposes. 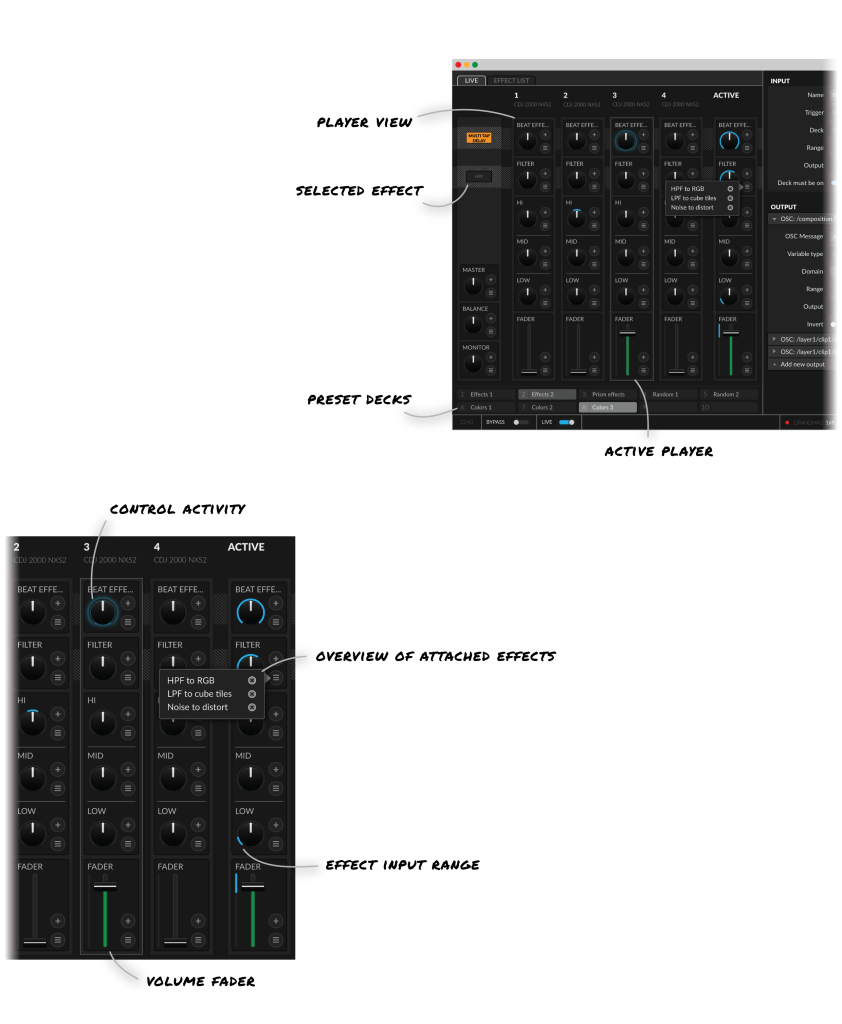 The video below shows a test recording done at the office.

The interface is designed from the ground up in Adobe Illustrator CC and the software application is built in JavaFX using the IntelliJ IDE.